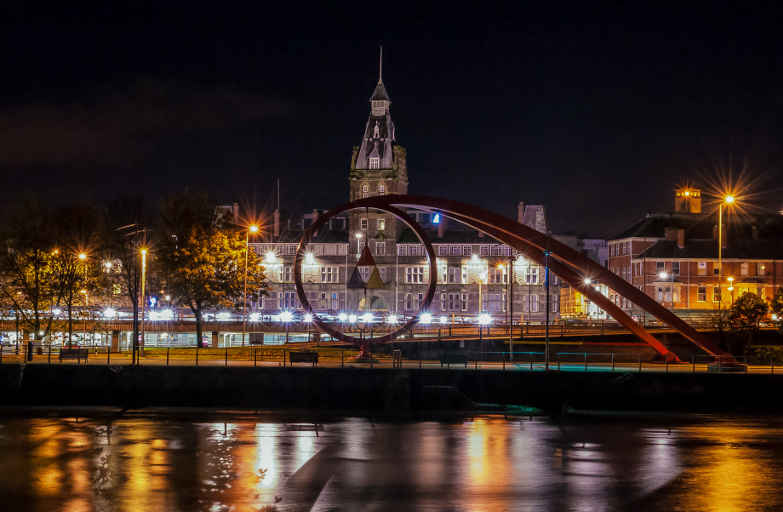 Let’s get one thing straight first, Propertri is in Newport, South Wales in the county of Gwent, historically part of Monmouthshire, not to be confused with any of the other 14 places named Newport in the UK.

Newport is the third-biggest city in Wales with a population of just over 150,000 . Historically, it was known for heavy industry including coal and steel, in its industrial hayday the port was the country’s largest coal exporter. The Welsh name for Newport is Casnewydd, meaning a new castle which points even further back to the origins of the city.

In fact, Newport was only granted city status in 2002 to mark the Queen’s Golden Jubilee. This helped to raise its profile and boost the economy. Since then Newport has been seen as one of the most forward-looking and best places for investment in Wales.

One of the best things going for Newport is its location with easy access to Cardiff and Bristol from the M4, just 12 miles and 30 miles away respectively. You can jump on a train and be in London in just over an hour and a half, Cardiff is 12 minutes on the train.

Since the tolls on the Severn Crossing were abolished in 2018, Newport has become an even more attractive place to live, especially for anyone crossing the bridge to work in Bristol and other parts of south-west England as they save around £1,400 a year on toll charges.

Newport was recently ranked the third-best place in the UK to live, making it the number one place to live in Wales. This was based on the availability of jobs, average salaries together with rental price and house prices.

The University of South Wales with its Newport campus overlooking the river Usk produces plenty of bright graduates looking for careers and work placement opportunities with local businesses.

Major employers include Admiral Insurance, Go Compare, The Intellectual Property Office and the Office for National Statistics (ONS). All of whom have helped changed the image of Newport from an old industrial town to a thriving centre for the modern services industry.

New investment includes a £70m on new conference, events and exhibition centre ICC Wales, the International Convention Centre Wales , at the Celtic Manor Resort on the M4 on the way into Newport.

This follows a £100 million spent in 2015 on the Friars Walk retail and leisure centre in Newport city centre. This along with the Riverfront Theatre and the Geraint Thomas National Velodrome of Wales (one of five internationally recognised indoor velodromes in the UK) all of which mean that there are plenty of things to do.

Future investment plans include transforming the regeneration of the former Newport Llanwern steelworks transforming it into a new community including 4,000 new homes, schools, sports facilities and a business park that promises to create thousands of jobs.

Whatever your reason for visiting Newport you’ll receive a warm welcome and have a comfortable stay in our serviced accommodation.